The Risks of Ibuprofen 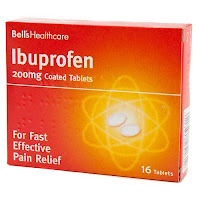 So, you have some swelling, after an injury, or maybe it's a chronic condition? So you pop some ibuprofen or two?


After a while, you realise the ibuprofen is no longer having the same effect, so you take some more to reach the same level of pain relief?


Before you know it, you've been taking it for weeks/months/years.


Non-steriodal anti-inflammatories drugs (NSAIDs for short) have there place and can be relevant when taking appropriately. However, I wanted just to discuss some recent evidence that was brought to my attention about the dangers of NSAIDs (not to scare anyone, but just to inform you).


It has been widely documented that NSAIDs can cause kidney damage (Murray & Brater 1997) due to all NSAIDs reduce blood flow to the kidneys. As a result 2 things can occur: elevation of blood pressure; and, more dangerous, the risk of acute renal failure/acute tubular necrossis.


But other studies have now shown the they may also cause damage to the intestines, and to bone healing.

A recent systematic analysis of studies looking at affects on bone healing caused by NSAID's by Pountos et al (2012), and found that, although there is an absence of robust clinical trials, that due to the scientific knowledge of the interference at a cellular level caused by NSAIDs, that they should be viewed as a risk factor to bone healing. 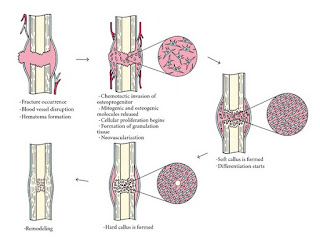 The idea is, due to the anti-inflammatory effect of NSAIDs, that it reduces the amount of certain chemicals in the cells that aid healing, as they are induced by the inflammation process.


These chemicals are thought to enlist osteoblasts which are responsible for bone formation.

It has already been tested that you get some marginal intestinal damage when exercising (due to functions such as digestion become a luxury when exercising, as the blood that normally supplies the small intestine is instead diverted to the muscles. Due to this lack of blood to the intestines, some of the cells lining the intestines are traumatized and start to leak.) 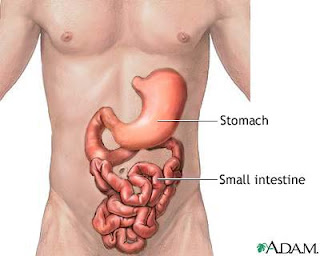 However, it has been shown in a recent study by Van Wijck et al (2012) that NSAIDs, specifically ibuprofen, can aggravate this phenomena. To what extent, I'm not too sure, but the result was a significant one.


It is worth noting that this was performed on healthy males performing an aerobic exercise (cycling), and only 9 subjects were used, and is only a short term effect. The long term effects and consequences are not yet clear.


So, there you have it. I'm no pharmacist or chemist, but I thought I'd share with you what I'd read. Draw whatever conclusions you wish to from this, but it's worth bearing in mind.